Get fresh music recommendations delivered to your inbox every Friday.

by BACK FOR GOOD 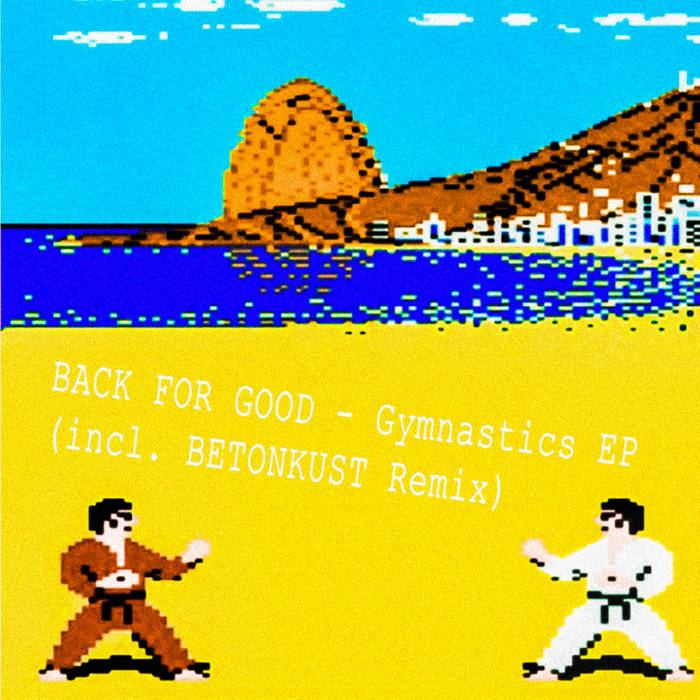 BACK FOR GOOD - Gymnastics EP (incl. BETONKUST remix) [TURN IT DOWN MUSIC #3]

some feedback:
DJ Hell: nice one!
Jacques Renault: Cool Originals and I like the remix, too.
Mano Le Tough: Great Ep, thanks!

Kicking off the release is the sounds of the title track, ‘Gymnastics’. A gnarly, synth heavy track that will breathe life into any set it’s allowed to roam free in, it’s the sort of cut you’ll be humming long after the night has drawn to a close. Full of zippy, dextrous sounds and deceptively simple, this baseline-led anthem might be classic in structure yet still manages to portray a forward-facing ethos.
Next up is the remix, which comes at us courtesy of Betonkust. Although his effort is a far cry from the original, it too is never lacking in heart. Full of shiny, glistening, almost camp vibes, it’s the sort of smile-inducing record that could just as easily have come out on eclectic labels a la Running Back or Hivern Discs. A truly momentous way to polish the original, it’s hardly surprising Betonkust has been siding up alongside Palmboman and playing the likes of Dekmantel of late.

Last but not least is Back for Good’s second original, the aptly named ‘Wasted’. An engaging but stifling and at times uncomfortable track, it’s the sort of lo-fi cut that gets under your skin in all the right ways. A fine foil to matters elsewhere, it signs off the EP with rich aplomb. A fascinating insight into the mind of two producers we’re sure to be hearing more from soon, Turn it Down’s latest is a truly impressive one.

Turn It Down Music Berlin, Germany

Berlin based music label. Operated by Matthias Speck (BACK FOR GOOD)

Bandcamp Daily  your guide to the world of Bandcamp

Kari Faux drops off her deluxe album 'Lowkey Superstar' plus tunes by Shunaji and Samplelov.